What do I mean by ‘dramatizing the world’s music’? I’m talking about the ages-old relationship between music and action, which some theorists and critics narrow down to words and music. I’ve always remembered the observation of composer Barry Conyngham that Western Classical Music is aberrant in relation to the world’s music in its pure focus on the ‘artful elaboration’ of sound; that in most cultures music is heard in association with drama or ceremony (dance) or life-events. Why shouldn’t an Australian make this observation? Music tied to non-musical elements happens in Australia in the life-making ceremonies of the Aboriginal Australians, who, at least in some tribes, do not have a separate word for music. But my own interest has also been in drama and how music enhances dramatic and emotional situations. I’m fascinated by the way music and action tied-together end up having meanings beyond the mere addition of their separate elements. I think there are even times when music becomes rarefied and depleted by being detached from dramatic situation. That’s why I want to explore this relationship and potentially end up with a book. It and this website will be about librettos, music’s own communicative power, underscoring and context, even the power of action and words alone (can any composer surpass Lincoln’s prose?). It’ll be prescriptive: I may even explore my theory that opera can be revived from the spirit of film (to borrow and tweak a line from Nietzsche).

Gordon Kalton Williams is a  librettist, writer, speaker and editor, currently based in Los Angeles. He worked with composer Andrew Schultz on Journey to Horseshoe Bend (2003), the libretto of which he conceived from T.G.H. Strehlow’s autobiographical novel about his family’s desperate trek through Central Australia with Aboriginal friends in 1922. Gordon also devised new dialogue for the Sydney Symphony Orchestra’s revival of the first Australian opera, Isaac Nathan’s Don John of Austria (1847) and was producer of Darwin Theatre Group’s Dust-Off Vietnam, an ensemble-piece for which he was also a playwright and actor. He has written narrations for orchestral presentations of Beethoven’s Egmont music presented at Sydney Opera House (and most recently by the Baltimore Symphony Orchestra) and Falla’s ballet The Three-Cornered Hat.

From 1996 to 1998 he was commissioner and project-coordinator of the workshop-developed Music is our Culture, the first work for symphony orchestra to be written by indigenous Australians (Kiwat, Rotumah, McKenzie, Warusam and Chester Schultz), and producer of the Adelaide Festival concert in which that work was premiered. He wrote and presented The US of Opera for ABC Classic FM, Australia’s premier classical music broadcaster. He regularly writes articles for the Australian orchestras, Opera Australia and Australian Chamber Orchestra. Highlights of his career as a classical music administrator included working with Gunther Schuller on the Australian premiere of Charles Ives’ Symphony No.4. 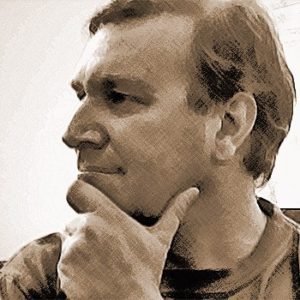 Gordon’s earlier website is Loving Oz and the US.