More on my development of the opera Philippa. Concert pianist Philippa Duke Schuyler was the daughter of Harlem-based African-American journalist George S. Schuyler and white Texan Josephine Cogdell who thought that if they combined their superior genes they could produce a genius – and proved it. Philippa was, indeed, a prodigy. She played her own compositions with the New York Philharmonic when barely in her teens. Only trouble was: when she got older she was no longer safely cute; white audiences drifted away. She died during a concert tour of Vietnam in 1967 when she got involved with rescuing the children of US servicemen and Vietnamese women…

Philippa was born just at the end of the Harlem Renaissance, that great flowering of artistic and literary activity that New York intellectuals in the 1920s hoped would see the acceptance of African-Americans as equals in society. Philippa’s story is a parable of how far Africans-Americans stood indeed from acceptance by the time of her death in 1967.

I have reached that part of David Levering Lewis’s When Harlem Was in Vogue where the Renaissance is ending; only the participants don’t know it. Among the signs Lewis observes are the bitterness and declining powers of some of the Renaissance’s participants, the falling out between Zora Neale Hurston and Langston Hughes who has gone home to Cleveland, the backfiring of Jean Toomer’s Just Americans, the separation of Essie and Paul Robeson impelled by Essie’s biography of her husband (“Paul was lazy…He was not the person to think out what he would do or wanted to do and then go do it.”)

“Abruptly”, says Lewis, “on Monday, August 17 [1931], Harlem received a shocking prefiguration of its mortality.” He reports on the death, just a little over two weeks after Philippa’s birth, of the death of A’Lelia Walker Robinson, daughter of Sarah L. Walker who had invented a preparation designed “to remove the kink from Negro hair”.

Funny thing is that George Schuyler, Philippa’s father, had written a novel earlier that year satirising African-American attempts to look white. Black No More told the story of Dr Junius Crookman, who invents a process whereby “by electrical nutrition and glandular control” dark skin turns light and crinkly hair turns straight. One of Crookman’s first clients, Max Disher of Harlem who changes his name to Matthew Fisher, launches a spectacular career on the basis of his sudden whiteness eventually marrying the daughter of the Imperial Grand Wizard, and African-Americans “vanish by the millions” until it is discovered that Black-No-More whites are a shade whiter than the genetic variety. Thus there begins a “new racist equilibrium…among the working classes, in the next few months, there grew up a certain prejudice against all fellow workers who were exceedingly pale.”

The novel is one example of what Lewis describes as “the cruel paradox of George Schuyler’s fiction: punishment for desertion of the race could be as condign as the retribution for believing in its progress.”

And indeed, though George mocked ‘the Negro Art Hokum’ and brought up a daughter who excelled in the European classics, he himself was aghast when she wanted to change her name to Felipa Monterra y Schuyler and pass herself off as Spanish. I feel that this opera will need to locate a very precise sense of the predicament Philippa was landed in, when she was born in 1931.

On a lighter note, I’m amazed how often music turns up in this history. Lewis says that “[A’Lelia’s] parties had become more sumptuous, more tasteful, as she allowed herself to be guided by Clara Novello-Davies, voice teacher and mother of the Welsh actor, composer, and playwright Ivor Novello [who wrote The Dancing Years, my mother’s favourite musical]”. And Langston Hughes’ description of A’Lelia’s funeral mentions that, “A night club quartette that had often performed at A’Lelia’s parties arose and sang for her. They sang Noel Coward’s ‘I’ll See You Again’ [fashionable New Yorkers had moved onto Noel Coward now], and they swung it slighly, as she might have liked it.” 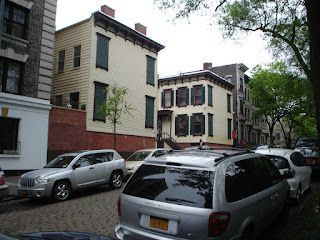 Other blogs in this series

1. – 16 Sep 2012 – an account of my initial thoughts on Philippa, when I was attempting to convey a more comprehensive trajectory of her life
2. – 18 Sep 2012 – containing Act I of a revised scenario, beginning the action in Vietnam
3. – 25 Sep 2012 – containing my revised scenario
4. – 7 Oct 2012 – one-page synopsis, to make sure such a story can fit into “two hours’ traffic on the stage”
5. – Becoming a Harlemite, Vietnamese and Catholic 10 Oct, 2012 – detailing some of the research I’ll be doing
6. – A Harlem Tradition? 20 Oct 2012 – detailing Harlem interest in white culture
7. – Sacrifice? 21 Oct 2012 – considering the nature of Philippa’s death and whether it was self-sacrifice
8. – Classical aspirations 30 Oct 2012 – looking at Harlem’s attitude to classical music in the age of Philippa
9. – Montagnards and Lowlanders 1 Nov 2012 – looking at some of Philippa’s writing from Vietnam
10. – A sobering thought, 13 Nov 2012 – recognising the prevalence of lynching in the US until well into the 20th century
11 –  Words, words, words, 11 Dec 2012 – considering whether Latin should be one of the Philippa’s languages given services even late into the 1960s would not have been in the vernacular.